A family tried to cross Escalante Creek in Mesa County during high water and had to escape as it submerged. The family of three from New York was rescued by the Mesa County Sheriff Search and Rescue team. (Courtesy mesasheriffcrimewatch.org) 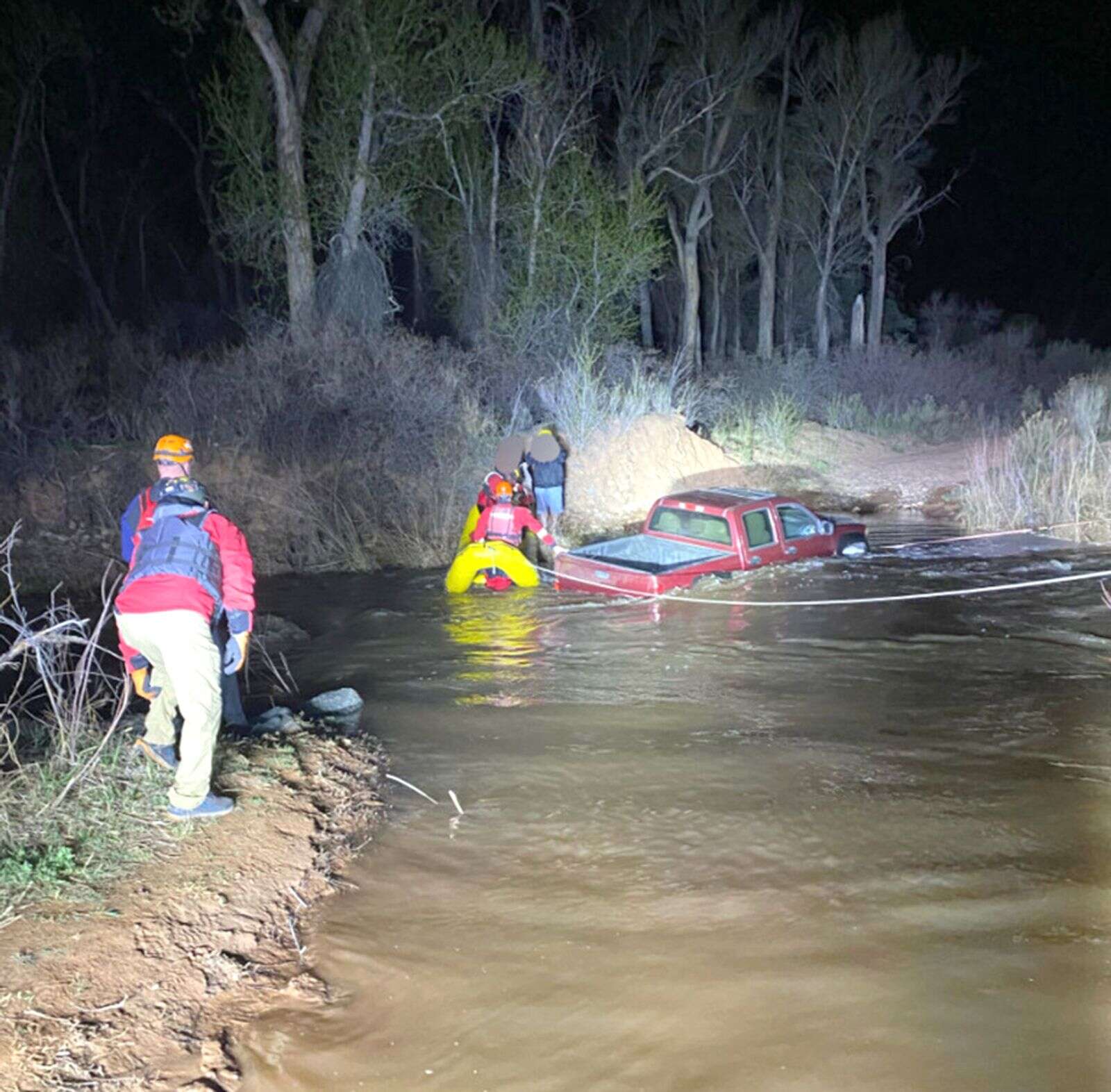 As a drought drives Southwest Colorado into a dry fire season, one New York family found themselves driving in too much water.

Creeks and rivers are rising fast from snowmelt, creating hazardous conditions on adjacent roads as a family found out trying to cross surging Escalante Creek southwest of Delta.

The three occupants had to be rescued after their truck sank in 4 to 5 feet of water.

“Conditions will become favorable for easy ignition and rapid spread of fires,” the weather service said.

A large low-pressure system over the West and a jet stream are contributing to the high wind conditions, said meteorologist Megan Stackhouse of the National Weather Service.

“Unfortunately, it is a persistent pattern, and we will continue to see the wind,” she said.

Dry conditions also persist. Cortez has had 2.2 inches of precipitation for the year, which is 61% of the normal 3.6 inches, said Jim Andrus, National Weather Service observer for Cortez.

During a La Niña season, the equatorial Pacific has below-average ocean temperatures, which creates a higher probability for a drier than normal winter.

Snowpack is melting off into area creeks and rivers, boosting flows and creating hazardous conditions.

On April 28, a family from New York was rescued after getting stuck in Escalante Creek in Mesa County, according to the Mesa County Sheriff’s Office.

The three family members escaped the truck before it submerged, the Sheriff’s Office said in a post on CrimeWatch.org.

When rescue crews arrived, the water was 4 to 5 feet deep and moving quickly, the post stated. 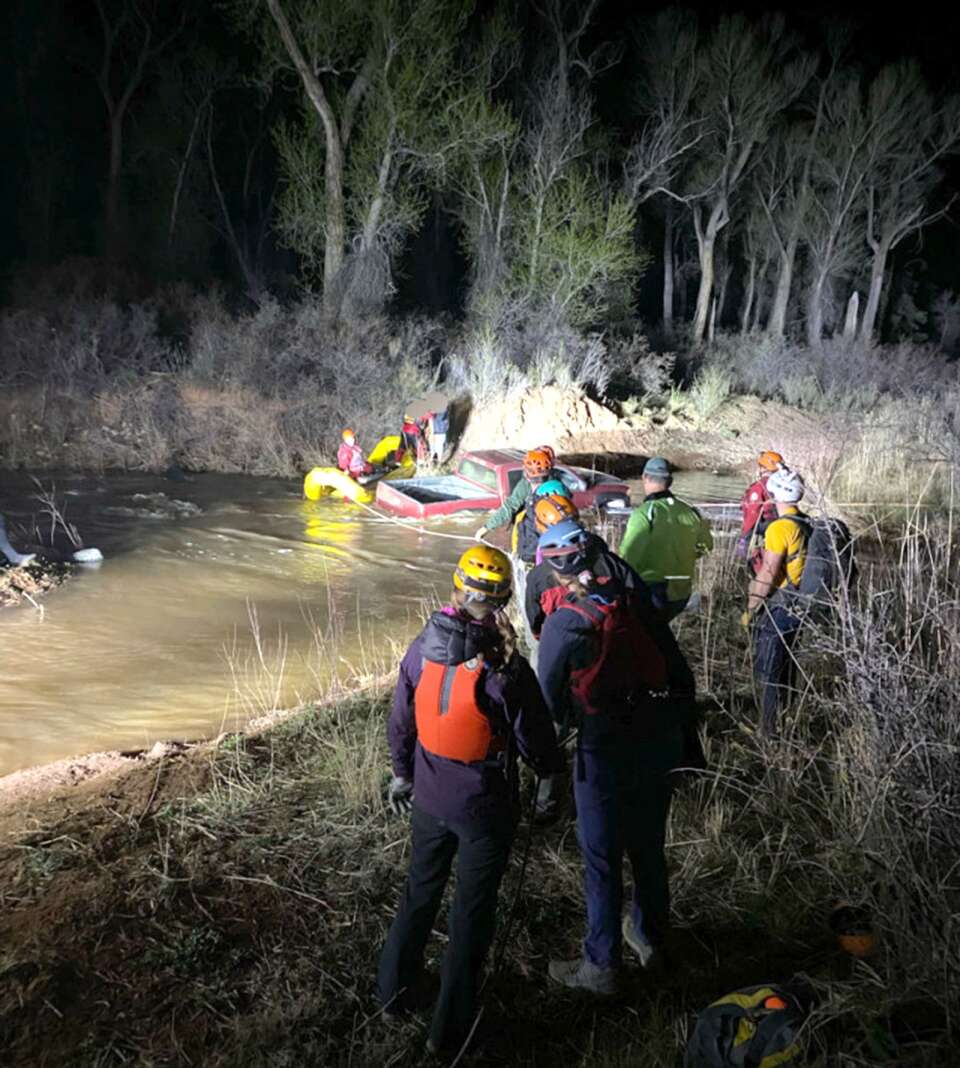 Rescuers work to recover a truck that became submerged in Escalante Creek after the driver attempted to cross it. (Courtesy mesasheriffcrimewatch.org) 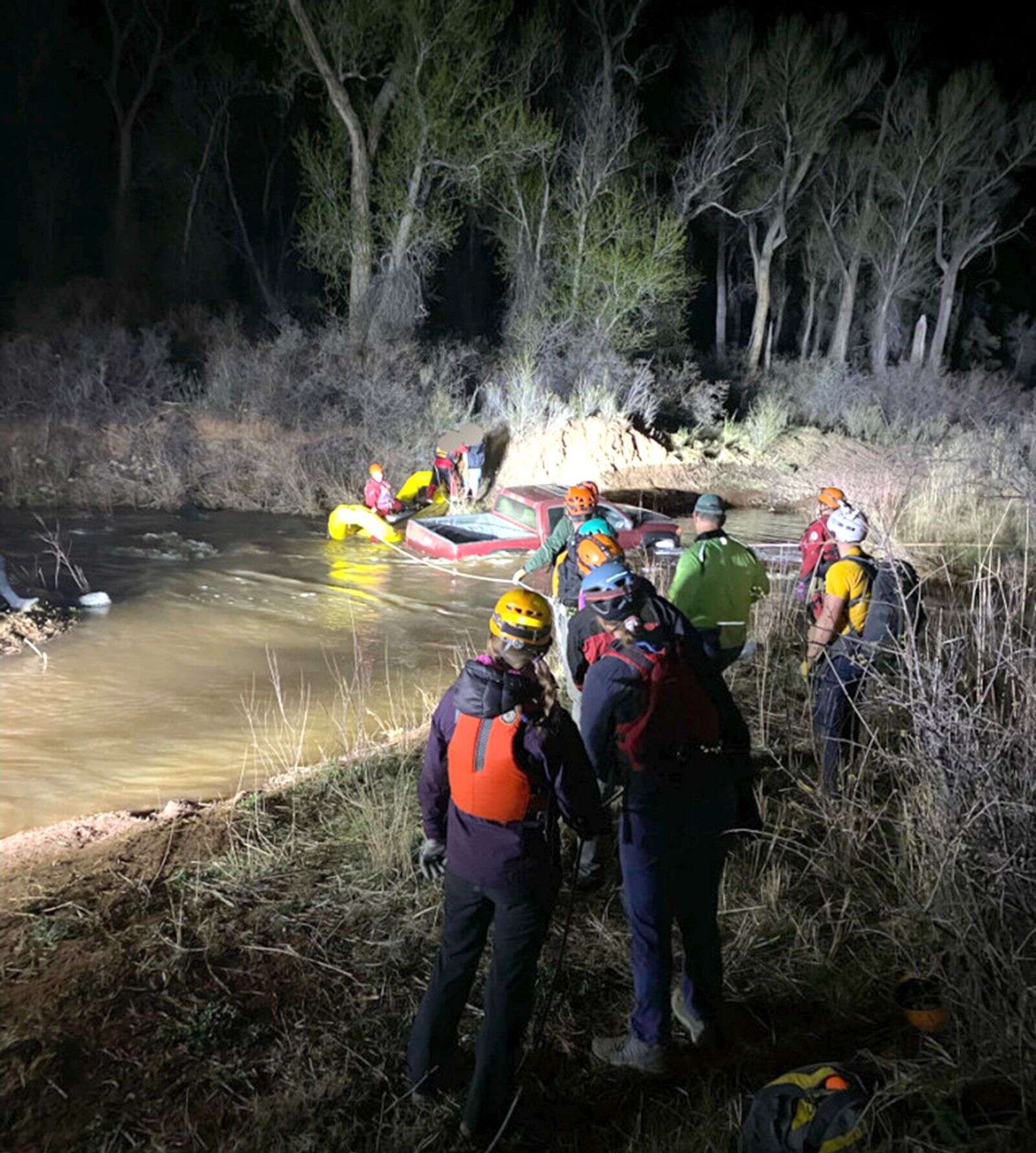 Two of the three family members were still stranded on the far side of the creek bank. Swift-water rescue swimmers safely took them across the river, and crews pulled the submerged truck out of the river.

The Sheriff’s Office reminds the public that as the days get warmer, more snow melts off into creeks and rivers, which tends peak after nightfall, especially in smaller waterways.

A mere 6 inches of fast-moving water can knock over an adult, and just a foot of rushing water can carry away a car.

Manage Cookie Consent
To provide the best experiences, we use technologies like cookies to store and/or access device information. Consenting to these technologies will allow us to process data such as browsing behavior or unique IDs on this site. Not consenting or withdrawing consent, may adversely affect certain features and functions.
Manage options Manage services Manage vendors Read more about these purposes
View preferences
{title} {title} {title}